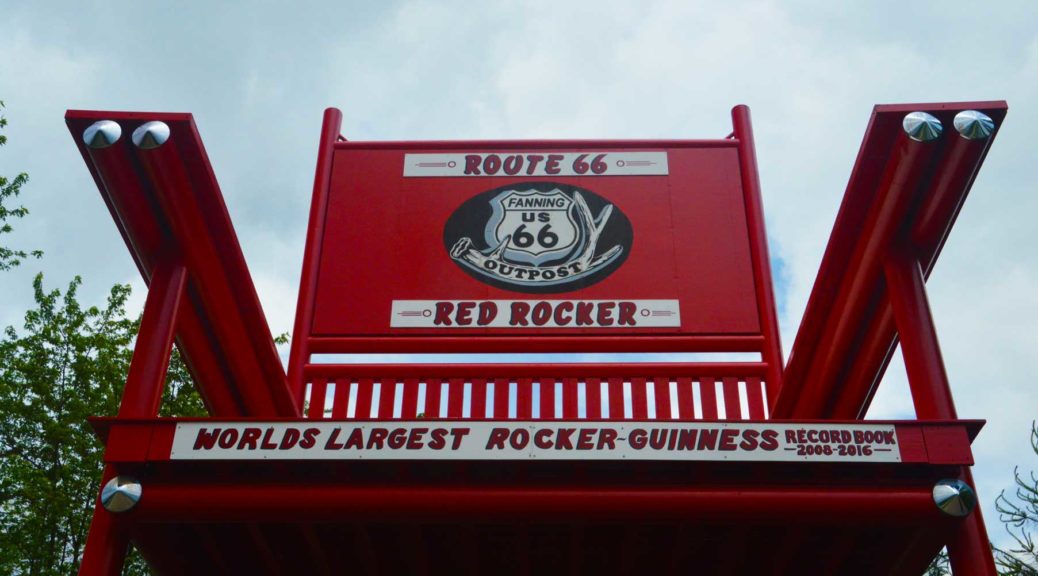 Photo impressions from the sights in the state of Missouri. I take you off to Gateway Arche and into the brewery Anheuser Busch. Here

the famous and world-wide most popular beer with the name Budweiser is brewed. Visit Mr Superman, Larry Tammini on Route 66 and his Superman Museum. In Fanning I photograph the rocker, a huge rocking chair. I’ll show you some trading post stations, with us they are called Aante Emma Laden and petrol stations. Also world-famous researchers have their roots on the Route 66. Edwin Hubble was born in Marschfield on the Route 66. Here is a copy of his Hubble telescope. Rost Classic Cars are here along the entire route. A Lost Places is the Jesse James Wax Museum in Rolla. The pictures show a rather deserted attraction but it has opened at certain times. Unfortunately, filming and taking pictures inside is forbidden. Bonny and Clyde also left their stories on Route 66 and Joplin. Waldog or wall paintings can be found in Cuba almost every house. Historical moments were held here on the walls. Emilia Earhart was also dedicated to a wall painting. She once pounced with her plane in the middle of a field. The Wagon Wheel Motel is one of the oldest motels on Route 66. The billboard was the template for the Disney Motel in the Route 66 animation movie “Cars”. Gary Tuners Sinclair gas station in Ash Grove is a popular photo motif and you will be welcomed here.