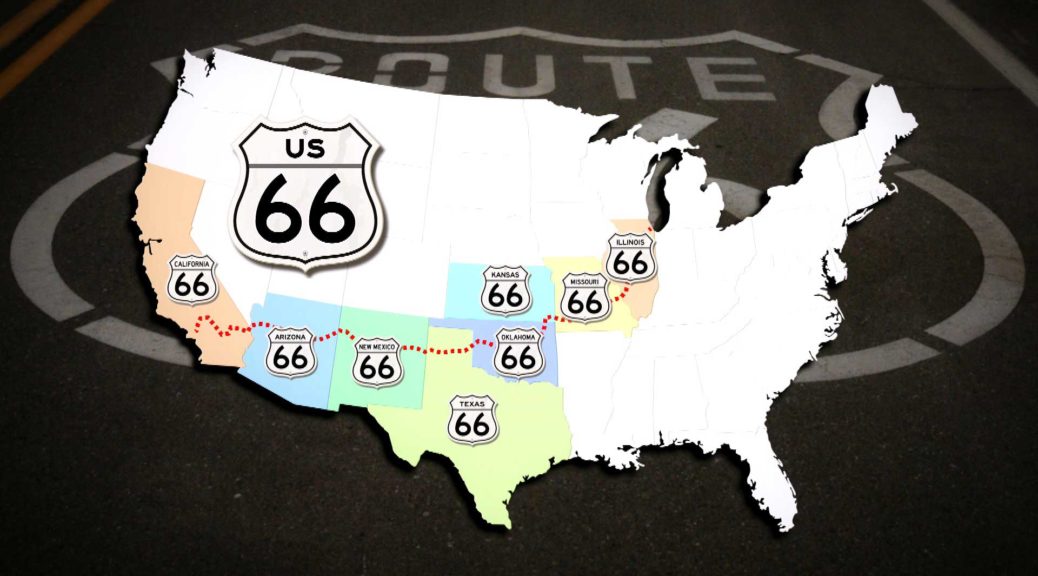 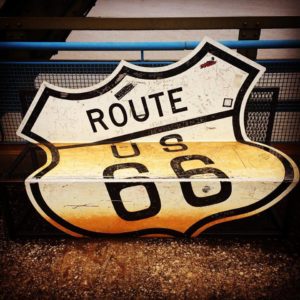 The Route 66 stretch map is the stretch of 1926. The route I show you and film is starting in 1926 in Chicago, in Adams Street and leads to Santa Monika Pier. I will show you as much as you can, from the original historical route from 1926. The Route 66 map will help you keep an overview and guide you along the route. The Route66 route management had changed several times until the seventies. Today, it is no longer possible to travel all the route sections of the Route 66 in the 8 federal states, where the route takes place. Ca.85% but you can still drive today with a Ford Mustang convertible, and I do not mean the abbreviations over the highway. Along the Route66 stretch map show you also leave stretch sections, which can sometimes be traveled only a few kilometers, but then have to reverse again. There are still parts that are good to see and partly also hidden on a private reason. I drive with you far more than the 3945 kilometers of Route 66 the Will Rogers Highway. Take a few more kilometers to me and show you Roadesside attractions that are along the route and slightly off the track. In the end I show you the different Route 66 endpoints.