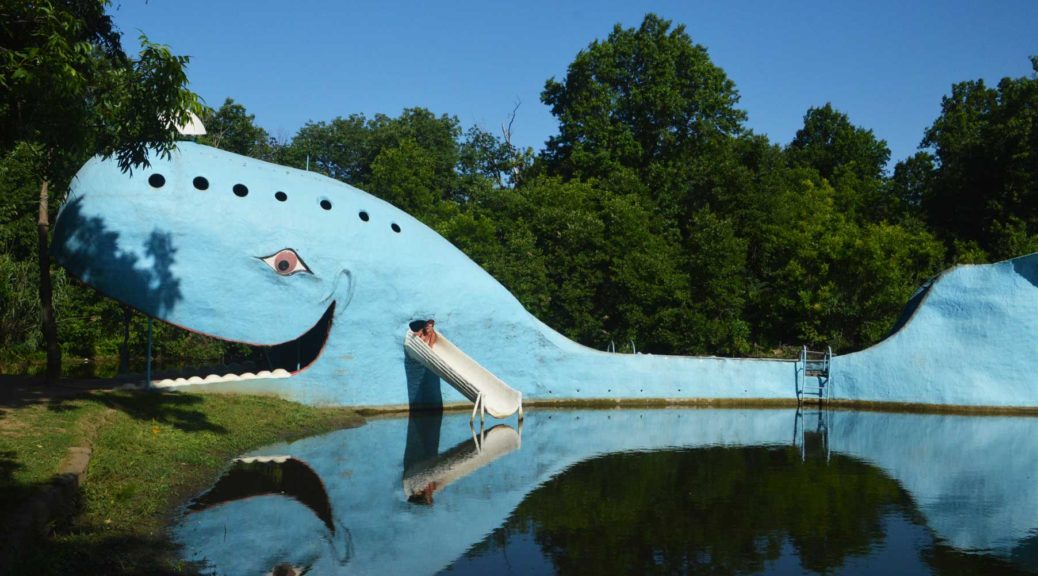 Oklahoma attractions there are many. There are postcards motifs along the range of Motherroad. The Packard Automuseum in Afton.

The Animal Reptiles Kindom and the Blue Whale in Catoosa. Abandoned petrol stations and the largest totem pole in the world. Of course also the Pops gas station in Arcadia, a lemonade palace. At the border in the Ghost Town I show you the Waterhole 2. Also there is prison and bandit museum in the place. Also an Oklahoma attraction is the famous Route 66 song. He is sung to every visitor at the City Meat Market in Erik. Harley plays the song and sing it perfectly. In the capital, Oklahoma City, I’d rather show you some pictures of a sad occasion. Unfortunately this is also an Oklahoma attraction. A bomb tore a whole building away. The Memorial symbolizes what can change from one minute to the next. The motorcycle museum in Warwick has 2 things that are still in your wooden boxes since they were delivered. In Tulsa, the former oil town, I visit the Driller Man and the Route 66 monument “Eats meets West”. While eating Elvis Presley even had his own parking lot when he came in here. One of the oldest Oklahoma attractions is the historical sections of the Route 66 in Miami and it is called Sidewalk Highway.