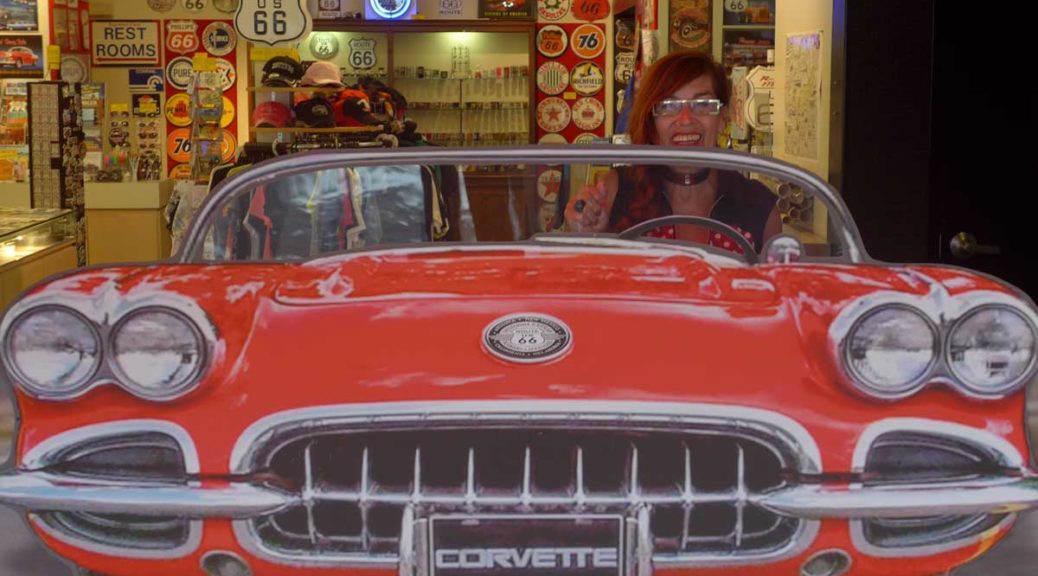 Here I show you some photo impressions of the sights in the state of Illinois. Here in Chicago The Route 66 once started. I’ll show you the compulsory starting pictures of today’s Route 66. In Illinois there are still many motifs of the Historical Route 66. Here one has recognized that the Route 66 is a very large tourist attraction. The

route began at the largest fountain in Chicago, at the Al Bundy Fountain (Buckingham Fountain). Of course, I’ll show you some landmarks of Chicago. The Claud Gate or as it is among the population is called “The Beans” the bean. Show tips where you can visit and buy classic cars in Illinois. Some pictures have also been made for eating. The Cozy Dog, a Maish and the Stick or one of the best restaurants along the entire stretch, the Ariston in Litchfield. The must-see of each Route 66 is a photo of the back wall of the Route 66 Museum in Pontiac. The Waldog is the largest mural of a Route 66 sign. The motorcycle club, Iron Sleds has invited me to their club home which was once a West End garage on Route 66. Of course, I also visit the postcard motifs. The Rabbit Ranch with its owner Henry and his four-legged residents. But also the rabbits of metal and rust I have painted for you. With animals you continue on the route. The Turkey tracks are a small story in their own right, but they are part of the Historic Trail. Many pictures were taken on Dead End streets. Where the historical route once led, and today only the remains of the former Route 66 of 1926 can be seen. Bob Waldmire, the artist of Route 66. I will show you his grave and also his living and traveling cars. Abandoned drive-in so autocinos are still to be found in Illinois. Funks Grove, the most famous syrup in the United States. The most famous bridge spanning the Mississippi River to Missouri. The Chain of Rocks Bridge. I cross them on foot and brought some photos for you.